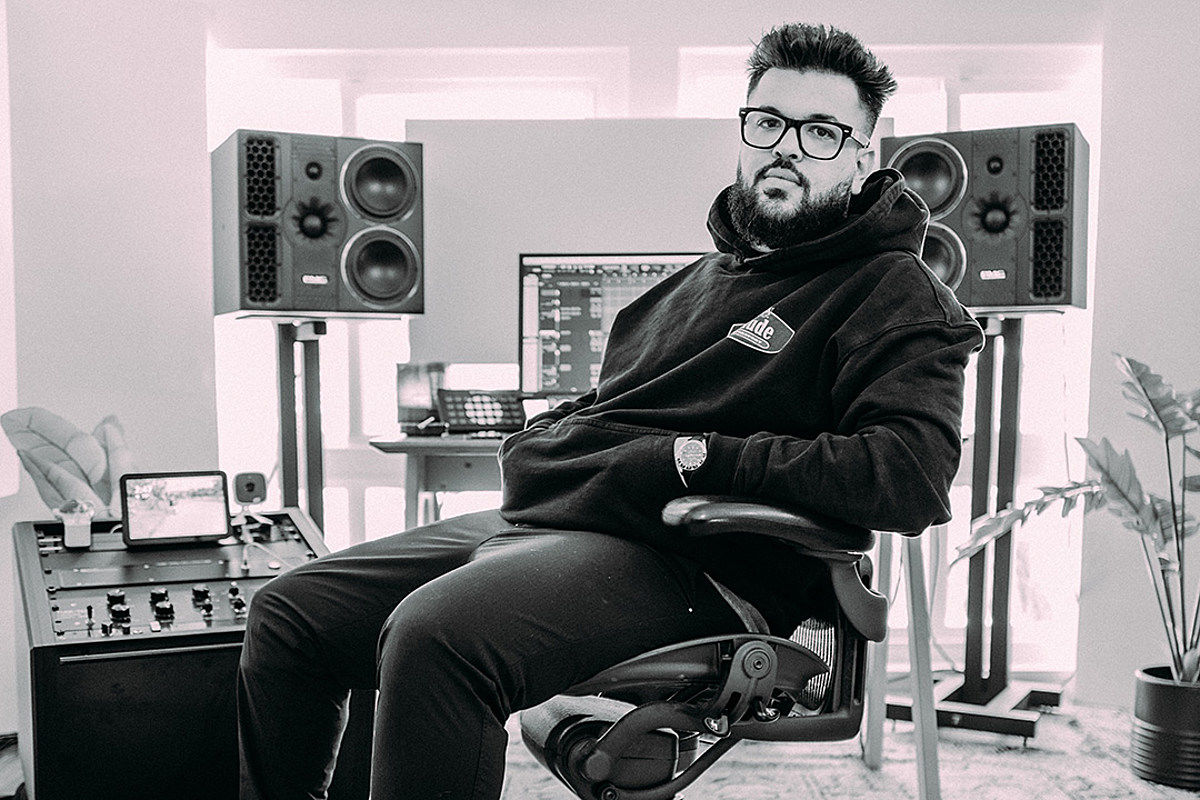 Pivoting from taking part in the bass in highschool, Patrizio “Teezio” Pigliapoco’s perseverance earned him a studio engineering internship at 16 years previous. By the point he was 18, he was Juicy J’s engineer. An opportunity cellphone name in 2016 led Teezio to recording Chris Brown’s Heartbreak on a Full Moon album, leading to him turning into CB’s recording and mixing engineer within the course of. Teezio, a 31-year-old Los Angeles native, tapped in with XXL to debate his path to this point, working with rappers and believing in Jack Harlow’s “First Class” early on.

XXL: How did you first begin working with Chris Brown?

I get this name from [Justin Bieber’s engineer] Josh Gudwin. He really useful me to Chris’ previous engineer, Brian Springer. [He] shoots me a textual content out of nowhere, “Yo, I’ve been searching for an engineer for CB. Do you need to take the job?” I knew Chris’ classes had been loopy. Lots of people, partying. I used to be like, “I don’t actually know if I need to try this shit.” I attempted it, and me and him clicked straight away. It nearly grew to become an adrenaline rush figuring out, “This document’s going to return out and it has the prospect of hitting prime 10 Billboard.”

What’s your position within the studio?

Recording is one factor, then there’s the blending, however there’s so many issues in between that occur for an artist of Chris’ caliber. I’ve the arduous drive at all times on me with all the things organized and filed. Write down their names in order that if we use a beat, I can return to the producer, inform them which beat we used, have him put it to the facet, put the stems collectively, ship it to me. I’m doing all of the work that usually perhaps a supervisor or an A&R would do.

How did you find yourself mixing Gunna’s Wunna?

After we do the [Chris Brown’s] Indigo album, there’s a track referred to as “Warmth” with Gunna, and Gunna hears the combo and he tells his supervisor, “Yo, whoever combined the CB track, I need him to combine my album.” That’s once I combined Wunna for Gunna and that was my first get away of Chris Brown, mixing into one other artist as a mixer and never a recording engineer.

Did you foresee Jack Harlow’s “First Class” being an enormous hit track?

Jack is doing “Nail Tech,” which has horns in it. He’s like, “Yo, let’s have the man who did ‘Trade Child,’ combine this document.” I combined “Nail Tech,” he loves it, after which I combined “First Class.” I used to be like, “This track’s fireplace.” I didn’t have any concept that it might be a single. Then they introduced, “‘First Class’ goes to be a single.” I began to take heed to it with that perspective. It began to actually click on once I was like, I might actually hear this on the radio going loopy.

See Each Artist within the 2022 XXL Freshman Class

Which rapper is your favourite?